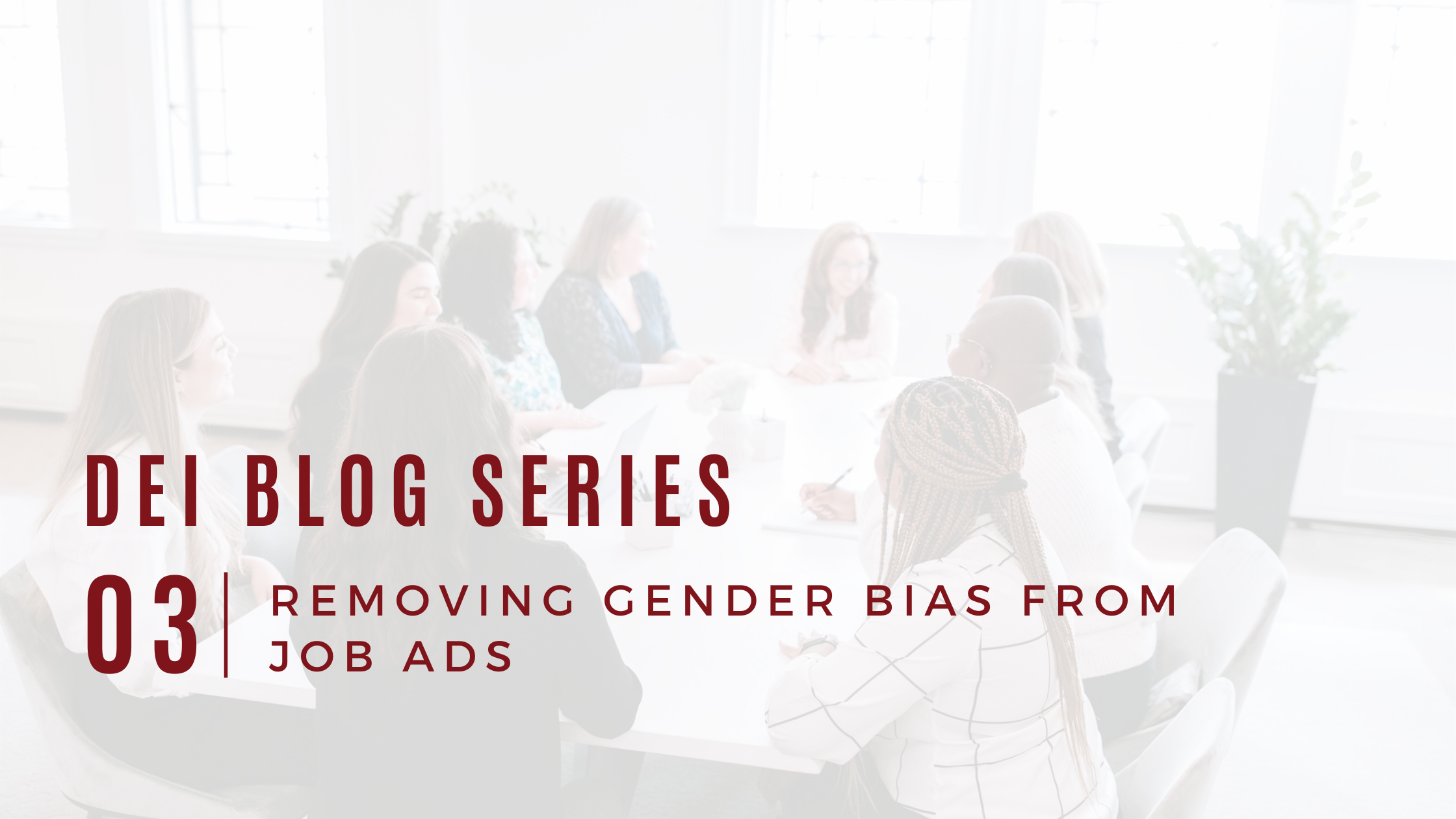 This is the third of 10 installations of Envol’s Diversity, Equity, and Inclusion (DEI) Series!

Our goal is to support organization leaders in taking real action to advance DEI within their teams, throughout their business, and in their communities.

Today, let’s talk about what gender-neutral language is, why it’s important, and how you can use it in job advertisements to remove gender bias while casting a wider net to attract top talent!

What is gender-neutral language?

Gender-neutral, or gender-inclusive, language is language that avoids any bias towards one particular gender. It neutralizes nouns so that they are inclusive of all genders, reducing the risk of discrimination and gender stereotyping.

Why is using gender-neutral language important?

Using gender-neutral language as an alternative to gendered terms wherever applicable is a powerful way to promote gender equality. It also creates a safe space for people whose gender identity doesn’t fit comfortably into “man” or “woman”. Gender-neutral language helps ensure that everyone feels included and empowered.

When gendered labels or language are used, it can be discriminatory because it assumes that one gender is the norm. As a result, it’s safest to use gender-neutral language wherever possible.

3 tips for including gender-neutral language in your job ads

Although it might not be intentional, using specific words can mean that your job posting is directed towards a particular gender. Let’s change that! Here are 3 tips to neutralize the language in your job postings, remove gender bias, and open the opportunity to a wider pool of top talent:

Many job titles are historically male-oriented. For example, “policeman,” “foreman,” and “cameraman” are all titles that target the male gender. An easy solution here is to change the titles so they are gender-inclusive: “police” or “policeperson,” “foreperson,” and “camera operator.” Other descriptive titles such as “engineer,” “digital marketer,” or “project manager” are also safe to use, as they don’t carry a gender bias.

Similarly, it’s important to avoid gender-charged words such as “ninja,” “rockstar,” or “superhero” in your job ads – especially in the tech industry. These terms are associated with “brogrammer culture,” and discriminate against folks who don’t identify as a male. Instead, opt for neutral titles such as “associate” or “developer.”

Although it’s not common to see gendered pronouns such as “he” or “she” in job ads, it’s important to note that their use should be avoided. If there are instances throughout your job ad where you’d like to refer to the applicant, we suggest using “the candidate” or “they” as an alternative.

“Men are confident about their ability [to perform a job] at 60%, but women don’t feel confident until they’ve checked off each item on the list.” (HBR, 2014).

When it comes to applying for jobs, women and minorities are generally less confident, and are therefore less likely to apply, unless they meet all the requirements.

To remove gender bias from your job ads and encourage other folks to apply to your roles, identify which requirements are truly “must-haves” versus which ones are “nice-to-haves”. With more definition around what experience and skills are actually required, more people will be inclined to apply for the position!

If you need support with crafting a gender-neutral job ad or are unsure of your next steps, reach out to our team of HR experts – we’re here to help!

Check out the other articles in our DEI Blog Series here!

DEI Blog Series: How Bias Impacts Recruitment and What You Can Do About It

The Big Chill: Supporting Your Team Through a Hiring Freeze